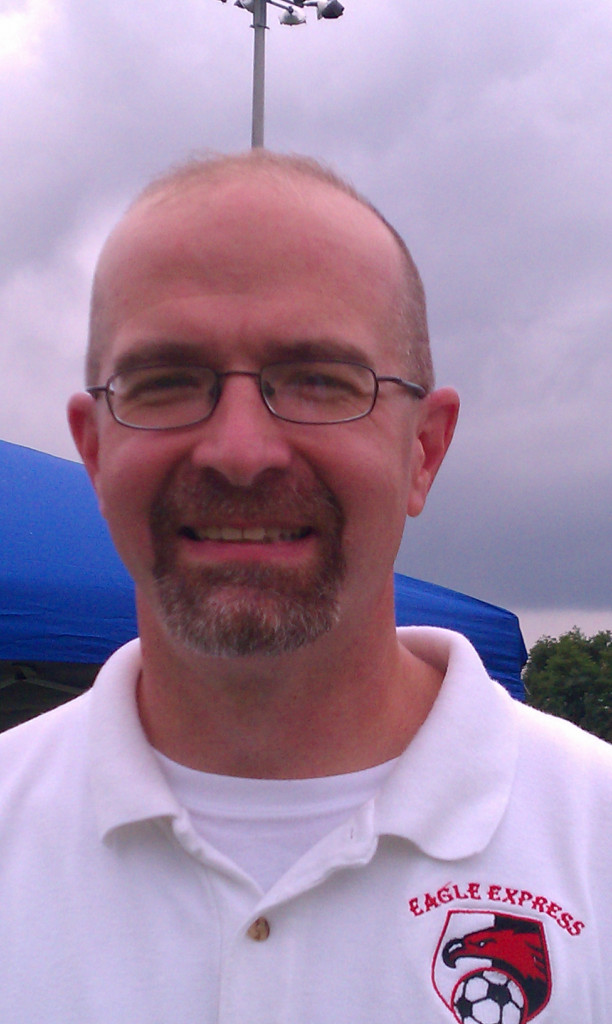 Coach Hunt worked as an assistant coach for recreational youth soccer programs beginning in 2007.  He took a step up from rec programs to earn his USSF National E License in 2012 and begin coaching select soccer as an assistant coach for Eagle Express Soccer Club.  The following year he became a head coach for the club.  Coach Hunt earned his USSF State D License that same year, 2013.  In the years since he has pursued additional coaching education, attending training sessions taught by people such as Brent Goulet (former striker for the US National team, former head coach of the Nashville Metros), Darren “Flave” Laver (former UK Champions League player and EPL trainer, featured in the EA Sports “Street Soccer” video game) and most recently, the Tottenham Hotspurs academy coaching staff prior to Tottenham’s Nashville exhibition match against Manchester City.

In the 4 years since beginning as a head coach, Coach Hunt has led at least one team every season, with teams competing in 200+ matches.  He has coached both girls and boys at a wide range of skill levels, from 5th grade middle school players through U17 select soccer.  In addition to traditional soccer he has coached Futsal and 3v3 teams in the winter and summer seasons.

Coach Hunt is originally from Tullahoma, TN.  He has been a resident of Mt. Juliet for 16 years.  As a non-faculty coach, he works for Vanderbilt University Medical Center in the Office of Contracts Management.  He is happily married to his wife of 19 years, Jana Gregory Hunt.  They have two children, their son Ethan (17) and daughter Morgan (13).